The Watch House was built in 1835 by the Coastguard and Customs and Excise men of the day. It was probably built by the same people who built the Coastguard Cottages in Morston as there are many similarities in the style of building.

One interesting feature of the Watch House is that it has a cavity wall which was extremely rare for the period. In the roof on the seaward side of the building there is a room with a bay window. This is accessed from below by a small vertical iron ladder. From the window there is a clear view out to sea and along the beach in both directions.

On the south side of the Watch House there was a large flagpole on which the watchmen used to raise different flags as a warning of a ship or boat in trouble or as a request for a boat or provisions etc.

Directly south of the Watch House in Blakeney village is a cottage on top of the Green Hill which has an access door on the upper floor. It looks unusual today but it is believed that this house had a platform protruding from this doorway and when a warning signal flag was hoisted form the Watch House, the Blakeney watchman would wheel out a small trolley holding the rocket launching equipment and a rocket would then be launched to gather the life boat men to embark on a rescue. They would then row small boats out to the lifeboat shed on Blakeney Point to launch the lifeboat and perform the rescue. (See information on the Lifeboat House.)

The Watch House was also used on occasions as shelter for shipwrecked sailors or fishermen until. they could be brought to more permanent safety.

The Watch House was used in both the First and Second World Wars as a lookout and the shingle bank was protected by barbed wire and mines in case of invasion. In fact, one of the auxiliary coastguards who manned the Watch House during WW2, was William (Trip) Bean who actually started Beans Boat Trips.

After the Second World War, the Watch House was used by the Girl Guides for weekends and days out. When the Guides ceased using it, the building gradually fell into disrepair and the National Trust, who owned it, was considering demolishing the structure for safety reasons. However, the parishioners of Blakeney felt it had been a landmark for so many years and decided to try to save the building. 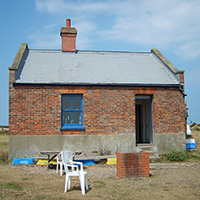 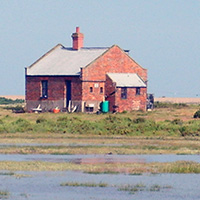 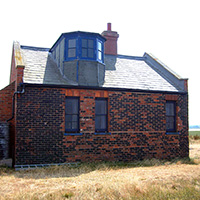 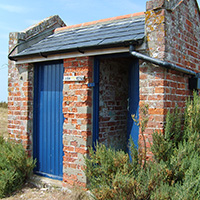 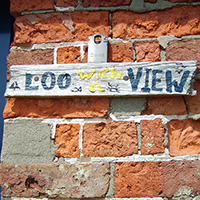 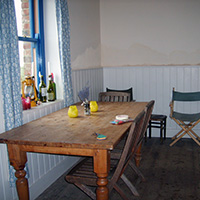